In December 2003, I released my first dance album as Logos. I had recorded an ambient album the year before, but "Biophelia" took my production work to the next level, drawing influences from psytrance, house, and other forms of EDM that I was listening to at the time.
It was a real turning point for me musically. The album sort of defined what would become "my sound." It was also the first thing I had released that actually started to find an audience. And most importantly, it inspired me to push forward, developing my skills as a composer and producer.
Having recently passed the ten-year anniversary of the album, I found myself wanting to revisit it. My mixing skills have come along way since then, and while the material was still exciting to me, some of the mixes clearly needed a fine-tuning.
I'm happy to say that that process has drawn to a close and I'm able to re-release Biophelia in a re-mixed and digitally remastered version.
For a limited time it will be a free download on Bandcamp. Please give it a listen and if you can, make a donation for it.
I also want to thank Kri Samadhi, who remastered it and all of the musicians who recorded on it, including Elizabeth Terry, Egg Syntax, Ambra Lionstone, and Abigail Griffin. The cover includes artwork by Rees Perry.
Posted by Unknown at 4:30 PM No comments:

Prayer for Remembering: The Gift of Trust 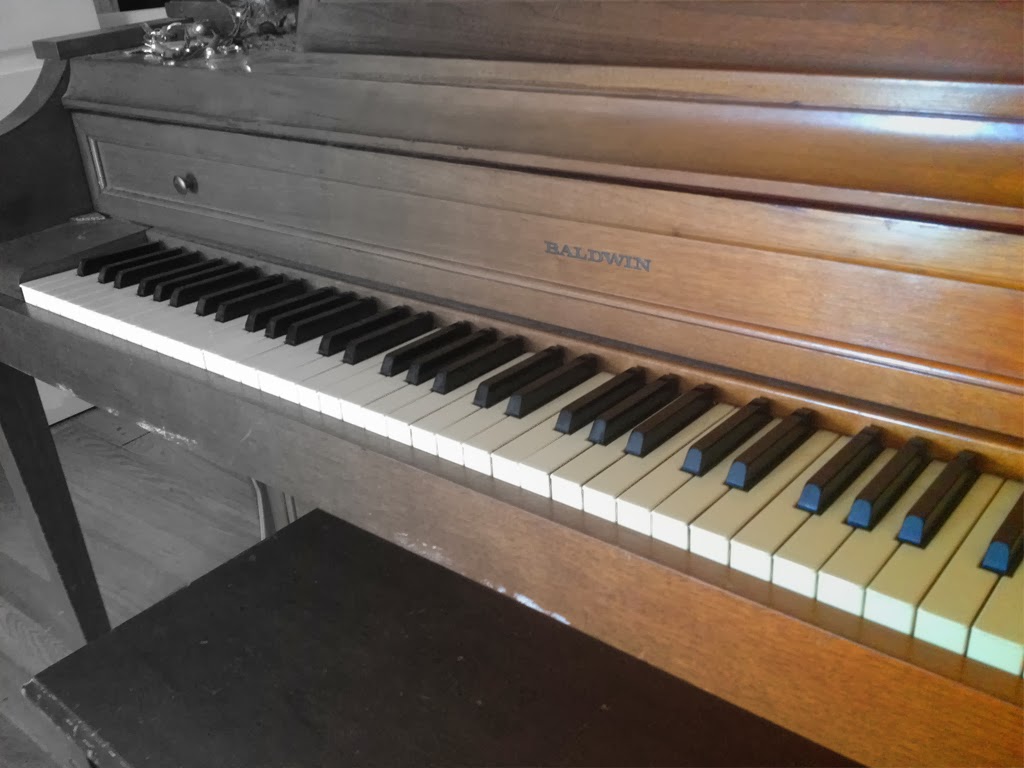 The word “music” today means something very different than it did when the ancient Greeks first used it. Then, “μουσική” referred to the various arts of the Muses, the nine deities who inspired the creative works of humans. All music and art, in the ancient understanding of the world, was a form of channeling, a divine inspiration that did not originate from, but rather moved through the artist.

I think most artists can relate to this on some level. When we are most creatively inspired, there is a definite feeling that ideas are flowing from somewhere beyond our conscious control. Even the word “inspired” alludes to the fact that something beyond ourselves is “breathing into” us. Of course, usually this inspiration comes in small bursts. The vast majority of the time I’m working is not spent in the throes of ecstatic revelation, but in focused effort, sculpting and shaping the creative seeds I have received. There have been, however, a couple of examples in my life of compositions that came to me in nearly finished form. “Prayer for Remembering” is one of those.

Without getting into too much personal detail, let me say that it was written during a period of my life when I was feeling deeply challenged by the path I had chosen in my life, and soul-crushing doubts and fears weighed on me constantly. It was on a particularly difficult night that “Prayer for Remembering” came to me. I don’t remember the exact circumstances any more. What I do remember is the feeling of hopelessness and immobility that had settled upon me. It felt like there was no way I could go any further; I doubted the path I was on in life, and worse, I doubted my ability to take a single step forward. In an act of desperation, I forced myself to walk over to the piano and began punching the keys. Like a primal scream, I pounded notes on the piano, until my rage began to clear. Slowly, my right hand started to play two notes over and over again: B and E. Back and forth my fingers moved, holding on to some small thread that had appeared in the chaos of the discordant noises erupting from me. My left hand started playing a bass line. And words began coming to me, in the form of a prayer:

“Lord may I remember what it is I sought,
when I chose the journey I am on.
And in my hour of darkness,
when I fear the way is wrong,
may I not forget the music
or the meaning of this song…”

After furiously scribbling the words onto paper as fast I could transcribe them, I no longer felt hopeless or despairing; I felt inspired.
I decided to make the piece a sort of mantra. Whenever I again found myself in a fit of anxiety or depression, I would work on the composition. At first this meant practicing it on the piano, but soon I began working on a recorded version of it. It became something of a grand opus: a musical testament to the struggle of my heart to stay focused in the midst of intense, conflicting emotions. As the months and eventually years passed on, more and more elements got layered onto it. I added another verse, and a large build at the end. I used sampled string instruments to create dramatic tension. I improvised a Celtic-sounding “violin” solo at the end. It became epic and unwieldy. Eventually my personal crisis resolved itself, but the song was still unfinished. And that’s how it remained for a long time.

As the pains of my previous trials became more of a distant memory, it got harder to go back to the song and keep the emotion raw and alive. I also began to feel awkward about the song’s overt religious symbolism (my complicated relationship with Christianity is a subject much too involved to get into here). More than anything, there was a certain element of narcissism about it that began to make me uncomfortable.

There was also the issue of my voice. Though I’d written and sung songs since I was 13 years old, I’d always been resistant to singing lyrics on any of my albums. For a project whose name means “word,” Logos has always been ironically instrumental.

I almost finished the track for The Multicolored Playground. But at the last minute, I decided to hold off; I knew something wasn’t quite ready yet.
It wasn’t until Allison and I were expecting our daughter that I was able to reconnect with it. I began toying with the idea of changing the lyrics in a way that addressed all of my concerns. I no longer felt like I needed the song in the same way I once had. But I began to think about Coralyn, still in her mother’s womb, entering her own journey of life. Perhaps she needed the prayer more than I did.

I tried switching the pronouns from “I” to “you.” I changed the word “Lord” (which had always felt a little uncomfortable to sing) to “Love.” The whole song suddenly took on a new meaning. It fully clicked for me when I switched around the pronouns of one of the newer lines I’d written:
“May you not stray from the path that leads you home to you.”

For the first time, I felt like one of my lyrical songs was appropriate for a Logos album. It no longer was about my personal struggles. It was a song, sung by a father, to help guide his daughter on her journey into life. There was still a lot of work to do on it. I had some incredible musicians contribute to the final version. John Mulholland played drums and percussion. Taylor “Taz” Johnson played tablas. Marc Hennessey and Franklin Keel replaced my sampled violins and cellos and added their own layers of improvisation over it. Marc, particularly, gets credit for the epic violin arpeggios that blow the roof off the piece at the end.

I should also mention that I had added the sample from Osho early on in the process of developing this track. At the time, I didn’t know much about the man, but after I learned more about Osho’s troubling history, I almost removed the sample. In the end, though, I decided that the words stand on their own, that the teaching can be separated from the teacher.

Ultimately, the Prayer is for anyone struggling to remember why they have chosen the way and the life they are living. It was first written for me, then for Cora. And now, I offer it to you. Stay true to your path, wherever it takes you.

Love may you remember
what it is you sought,
when you chose the journey you are on.
And in your hour of darkness,
when you fear the way is wrong,
may you not forget the music or the meaning of this song.

May the light that guides your way
shine from deep within.
And when the darkness threatens,
may you find it once again.
Let your heart stay open
and your prayer be true.
May you not stray from the path
that leads you home to you.

May you never turn in fear
of roads less traveled on
for comfortable silence
or the lies it rests upon.
And may you never compromise
with what fear would have you be.
Your love and your compassion
are as boundless as the sea.
Posted by Unknown at 1:50 PM No comments: