I had the honor of playing at Moogfest last week. It felt like a culmination of many years of effort and cultivation. I moved to Asheville, N.C. right after high school, and quickly learned of the impact that Dr. Robert Moog had on this town. I had loved synthesizers since I was eight years old and a music teacher at my elementary school brought one in to demonstrate it. So when I came here to go to college, I was delighted to learn that my new town was also home to "the man who invented the synthesizer." 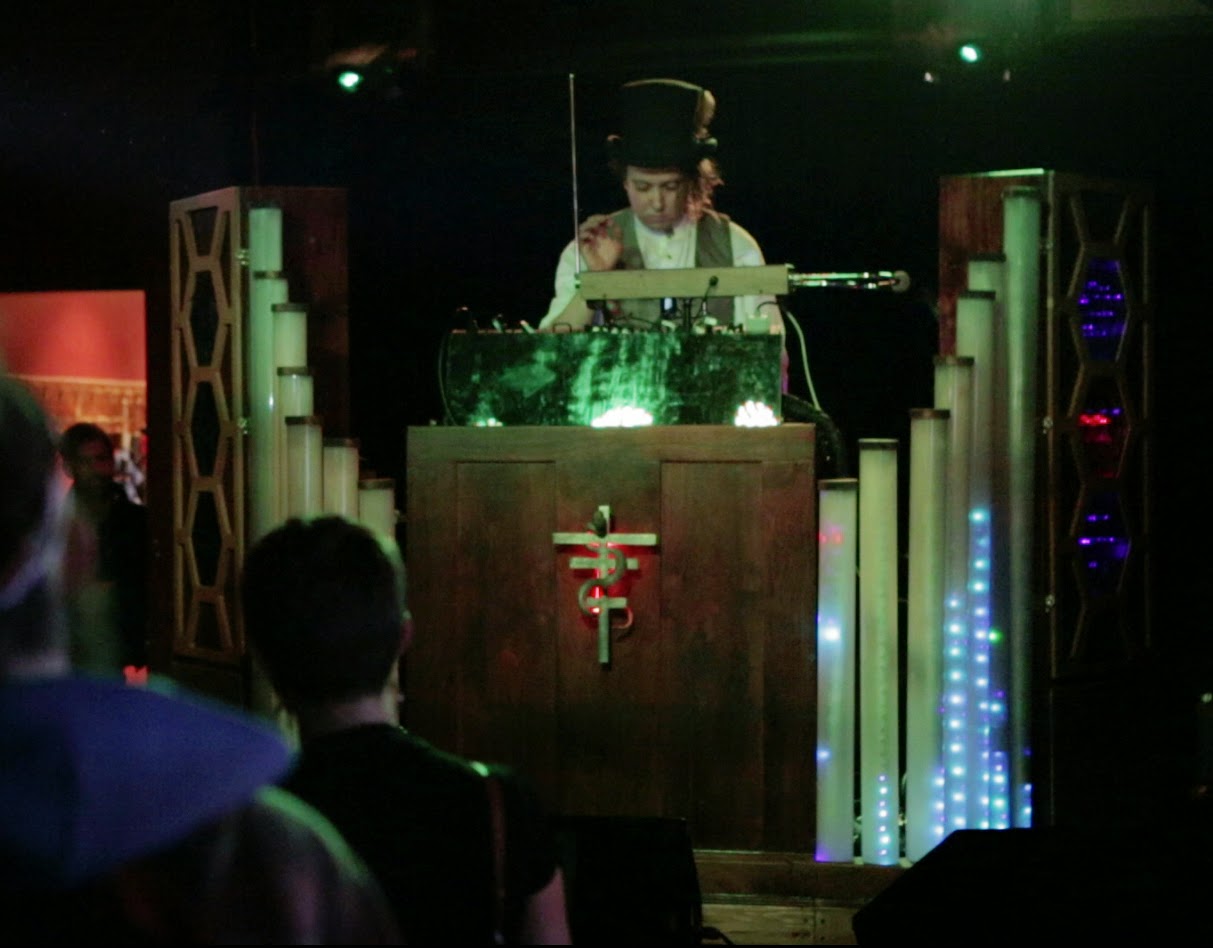 As I would eventually learn, this wasn't entirely accurate; Moog invented a great number of brilliant instruments during his life, the most famous of which was the Minimoog. And while it was not the first synthesizer ever invented, it was the first commercially available modern synthesizer, the instrument that brought the concept of electronic music to the masses.

I only had one encounter with the man in person. He was giving a presentation at UNC Asheville, where I was a freshman music student. I didn’t know much about analog synthesizers at the time, and having been introduced to them in the days of digital sample-based instruments, I couldn’t understand their limitations. During the Q&A part of his talk, I asked why his instruments could only play one note at a time. It was a question I would later realize was both ignorant and somewhat rude. Luckily, he took it well and explained that to achieve polyphony with all analog equipment would be incredibly costly, not to mention heavy. 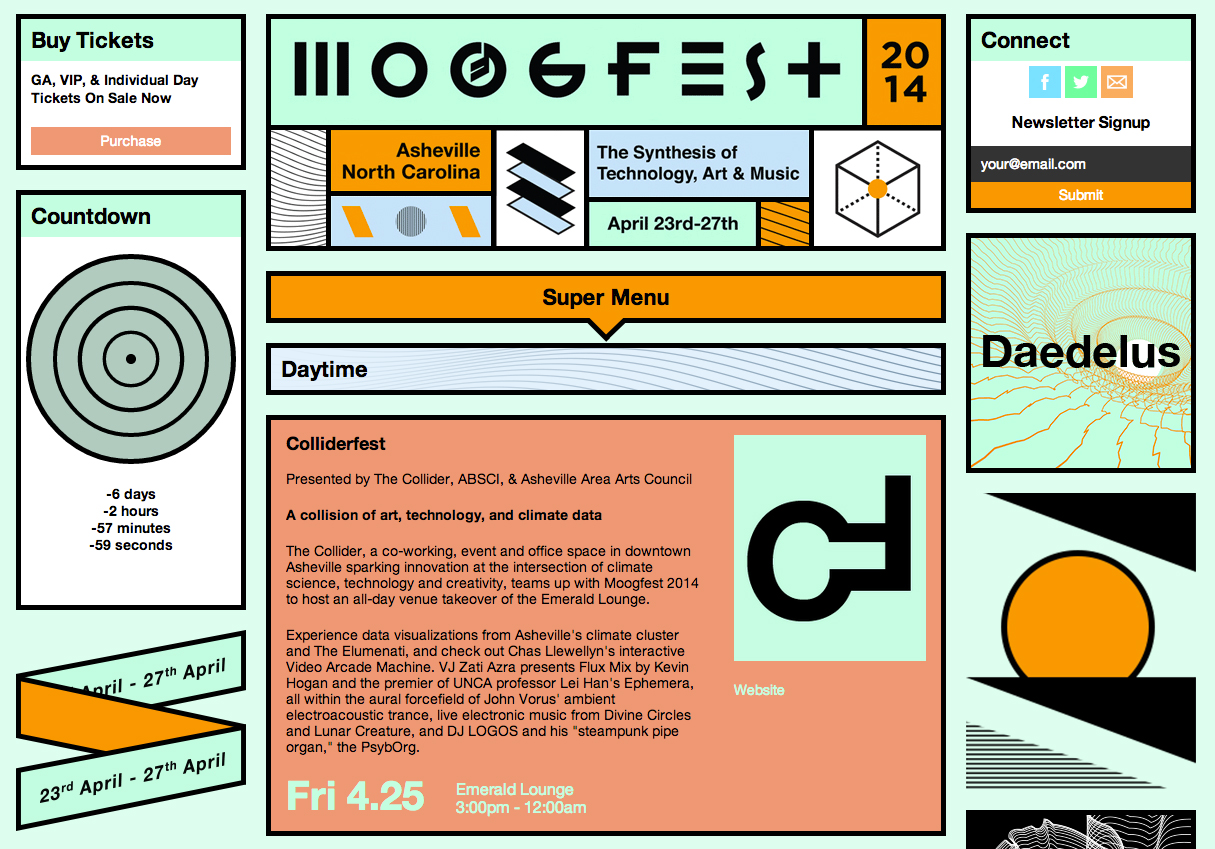 I still didn’t understand until my final semester of school, when I got to play in the Music Department’s analog synth lab. The room was basically a closet in those days, but it had a Voyager, a rack of Moogerfooger pedals, and a Theremin. As soon as I started playing them, I could hear and feel a visceral difference from the digital keyboards I was accustomed to. It felt like playing a “real” instrument. It started me on the path I am on today.

After leaving school, I worked at Moog Music, calibrating Voyagers for a few years. I’ve also done volunteer work with the Bob Moog Foundation, bringing hand-on synth exhibits to schools and festivals. I’ve built the PsybOrg, incorporating nearly every piece of gear Moog Music made at the time I left them. And last week, after several years of attending Moogfest as a spectator, I got to play on an official stage at the event, alongside some of Asheville’s finest talent. Our event, Colliderfest, was one of the free events offered by Moogfest and was sponsored by the Asheville-Buncombe Sustainable Community Initiatives and the Asheville Area Arts Council. 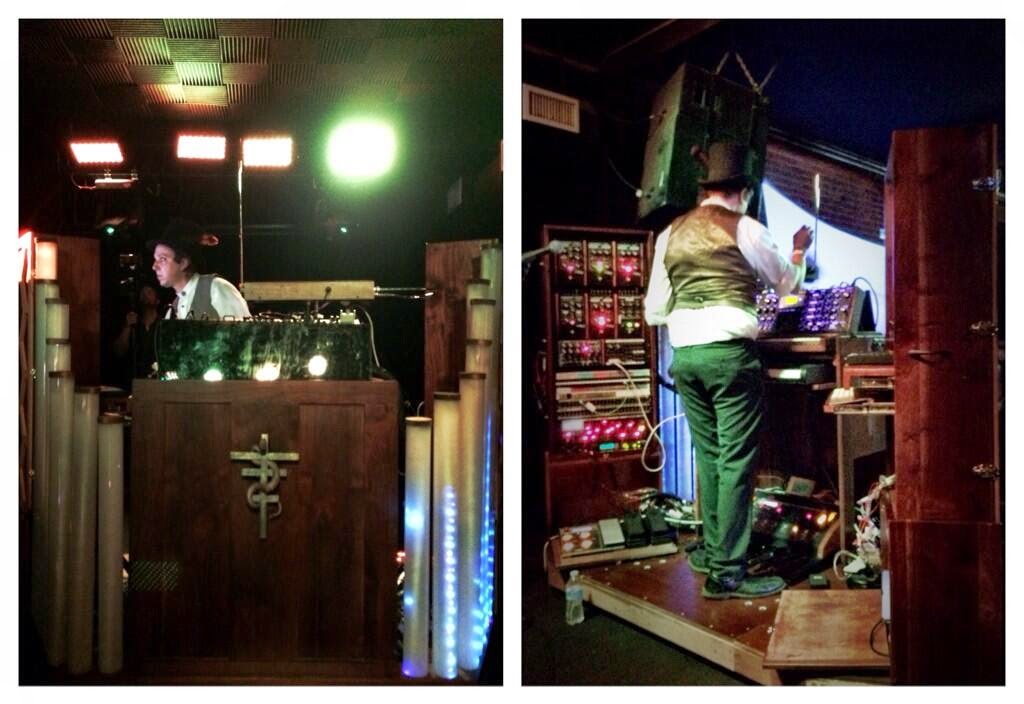 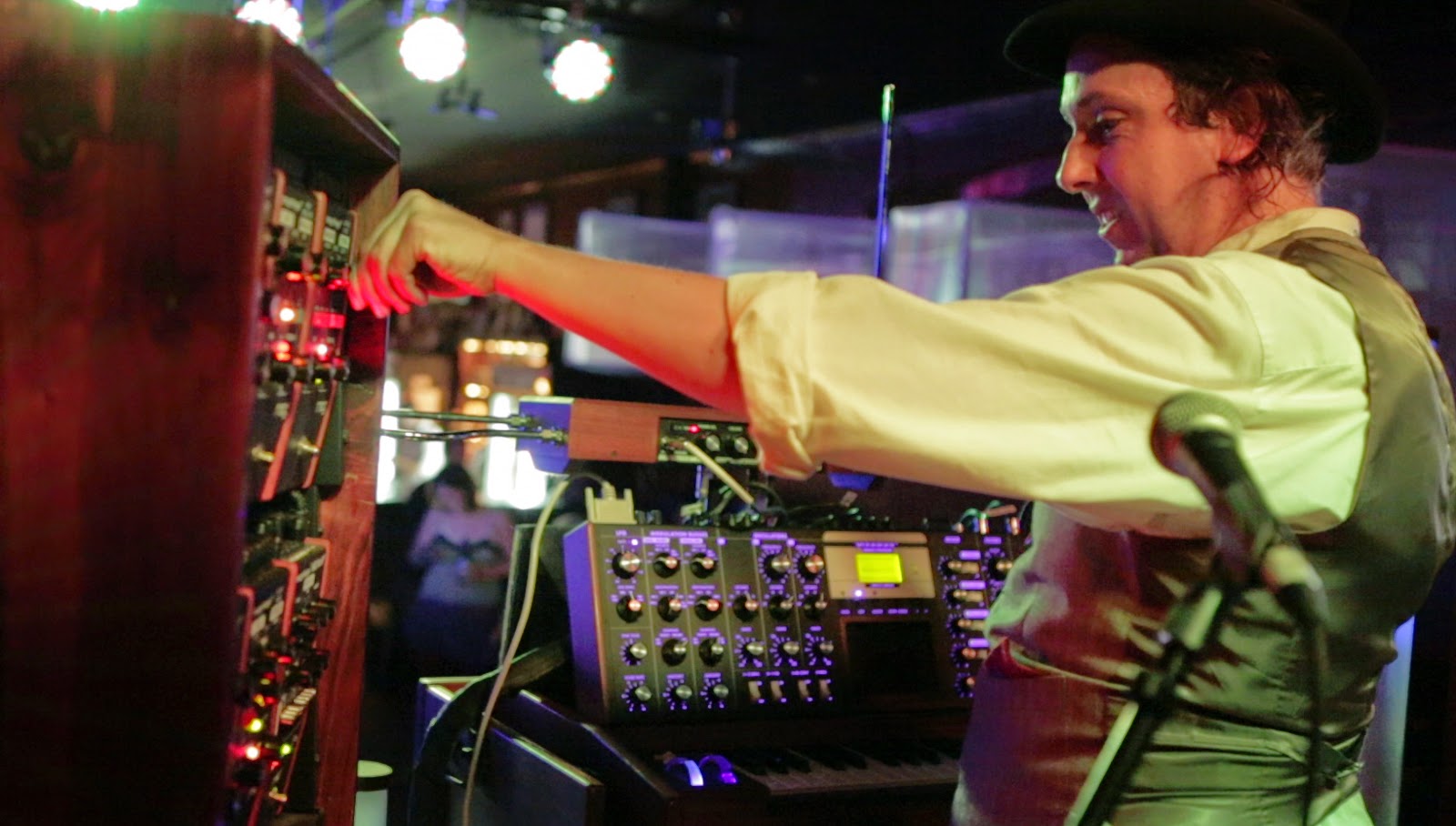 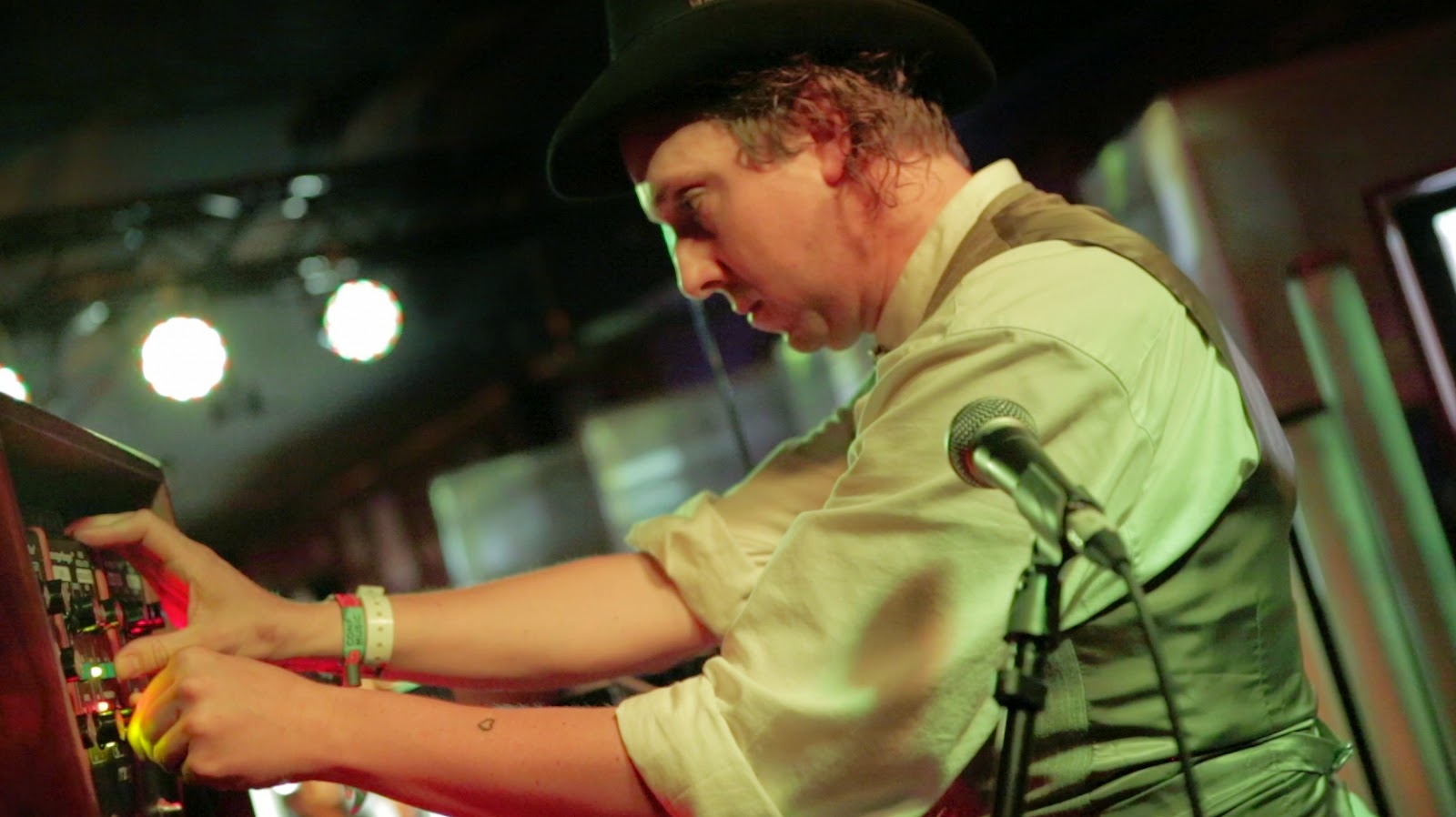 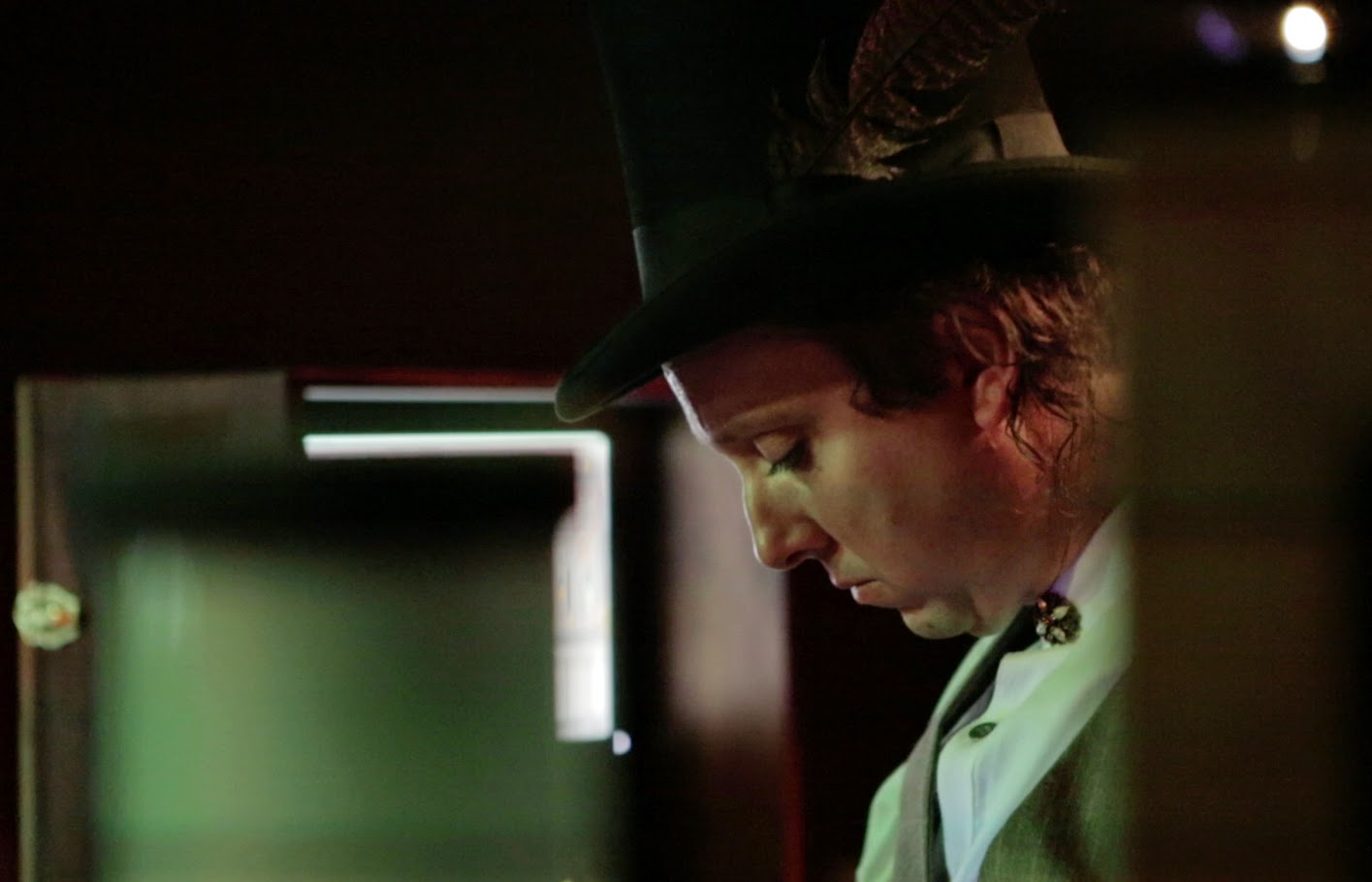 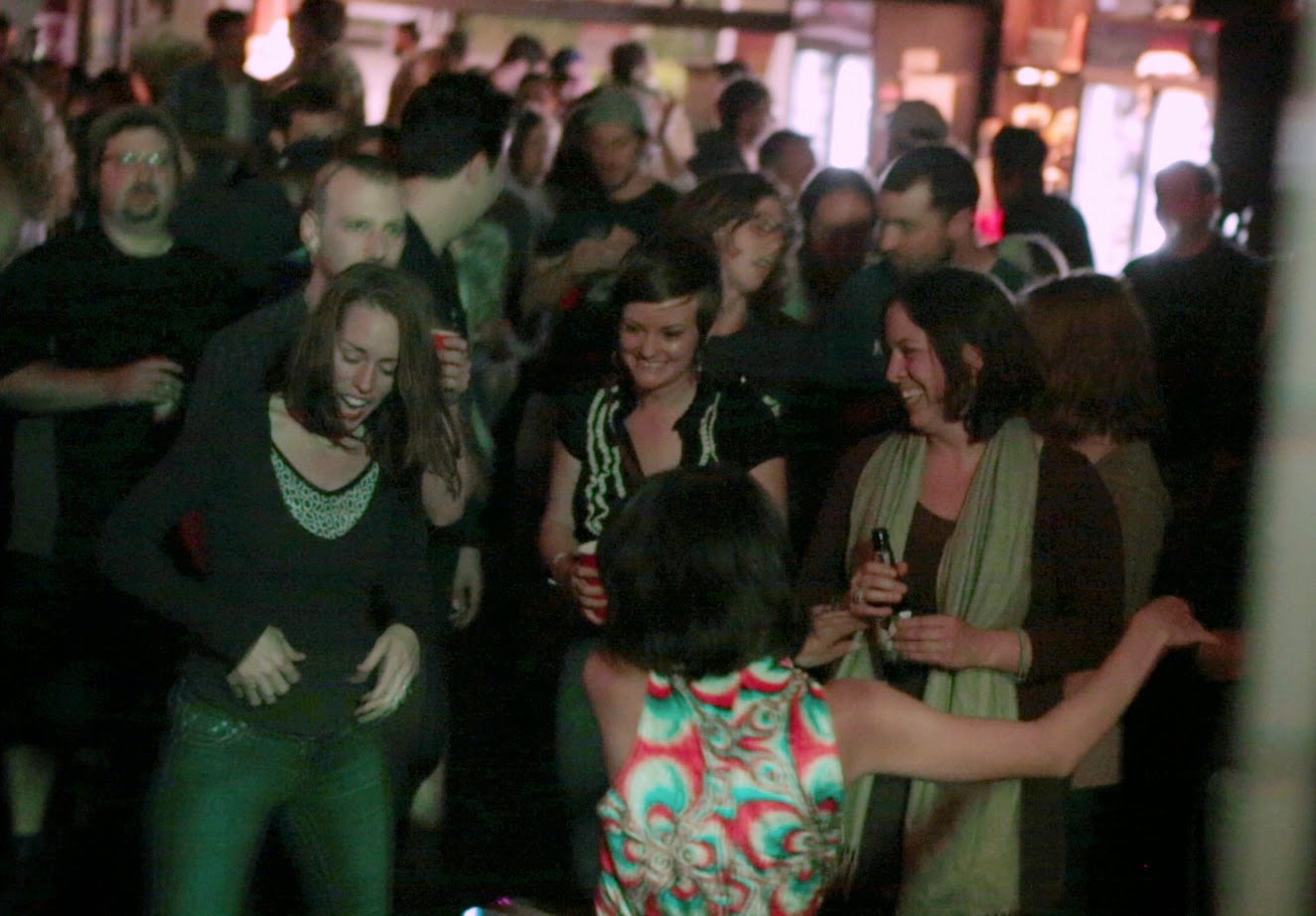 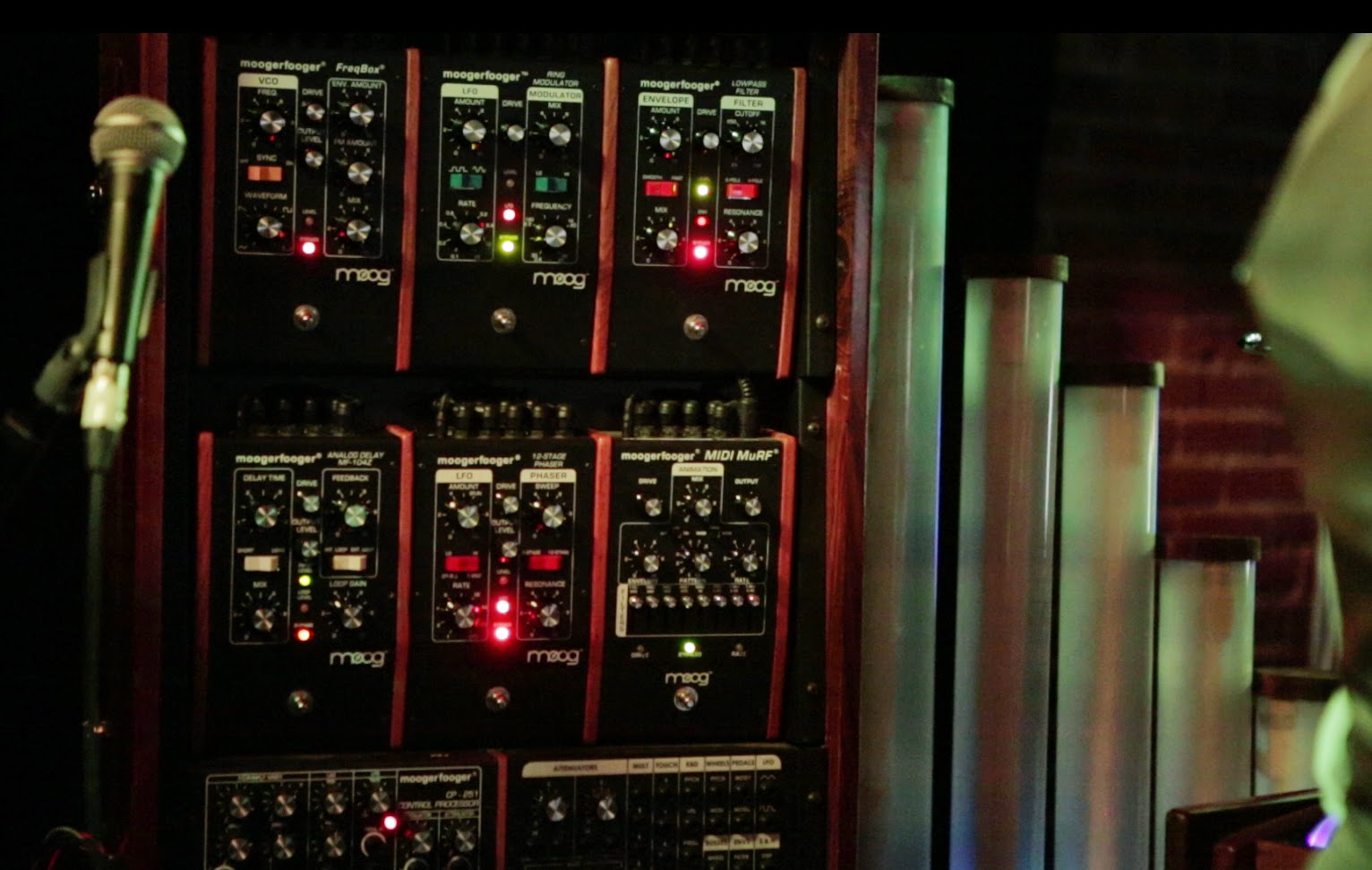 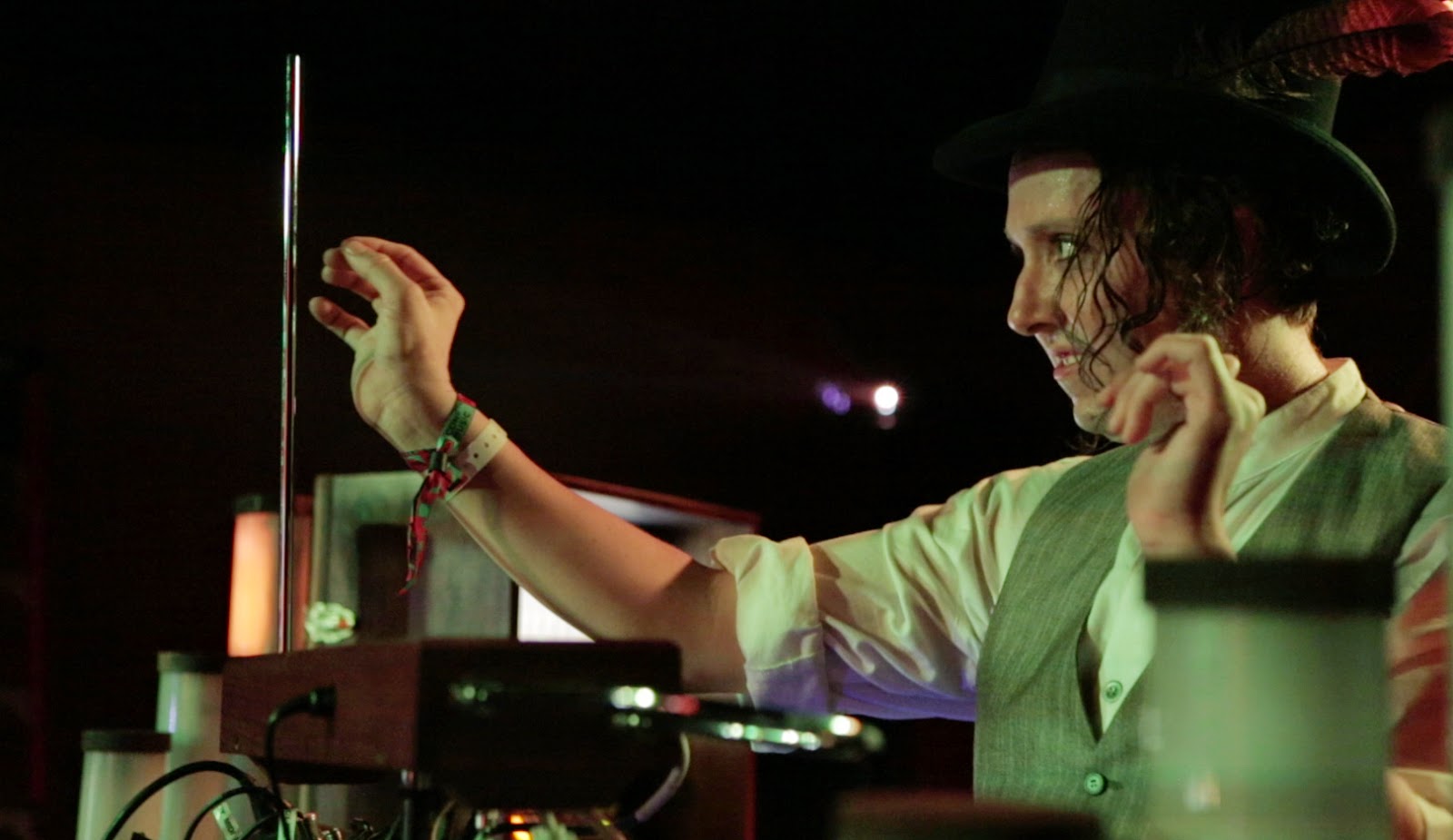 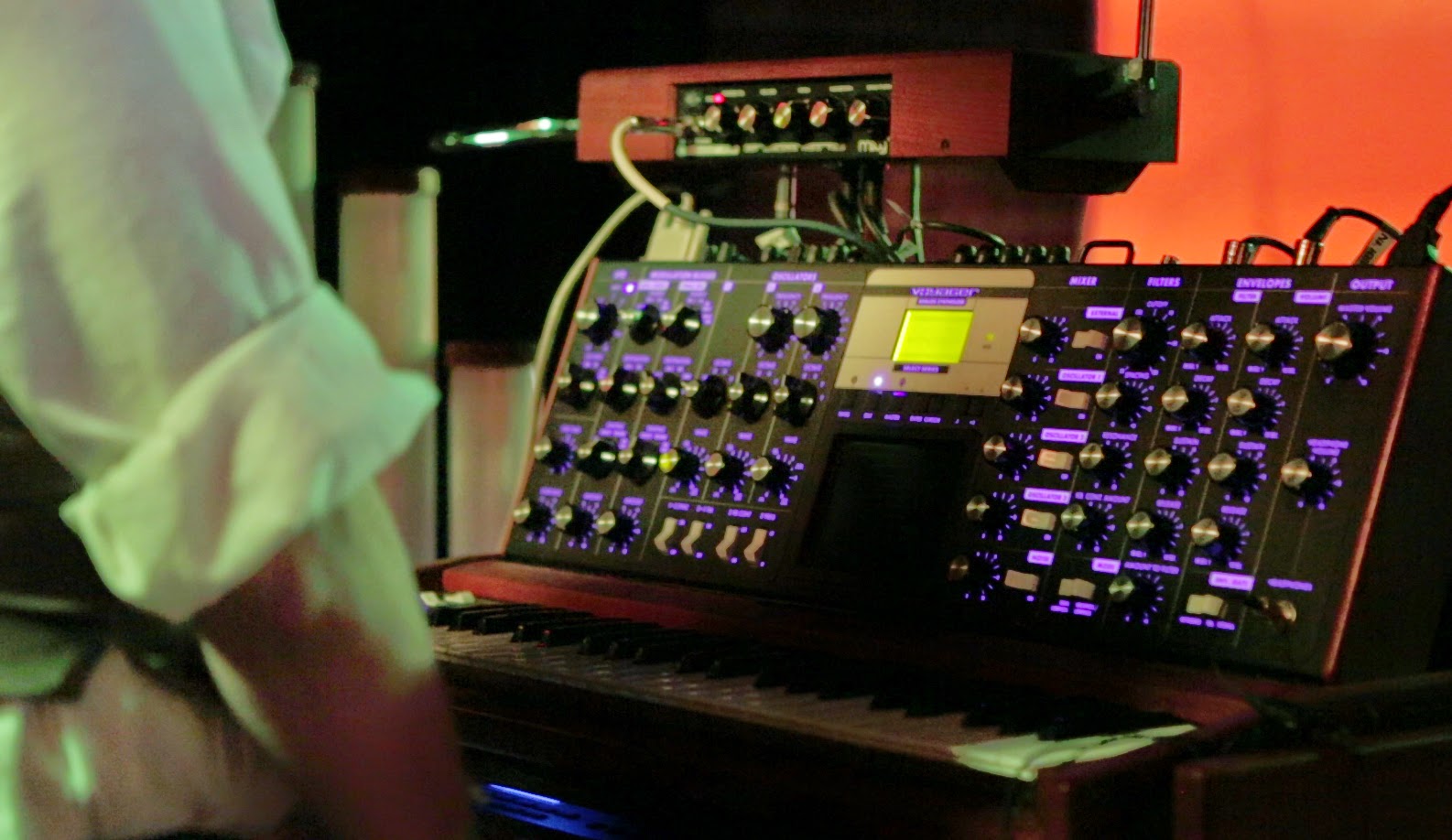 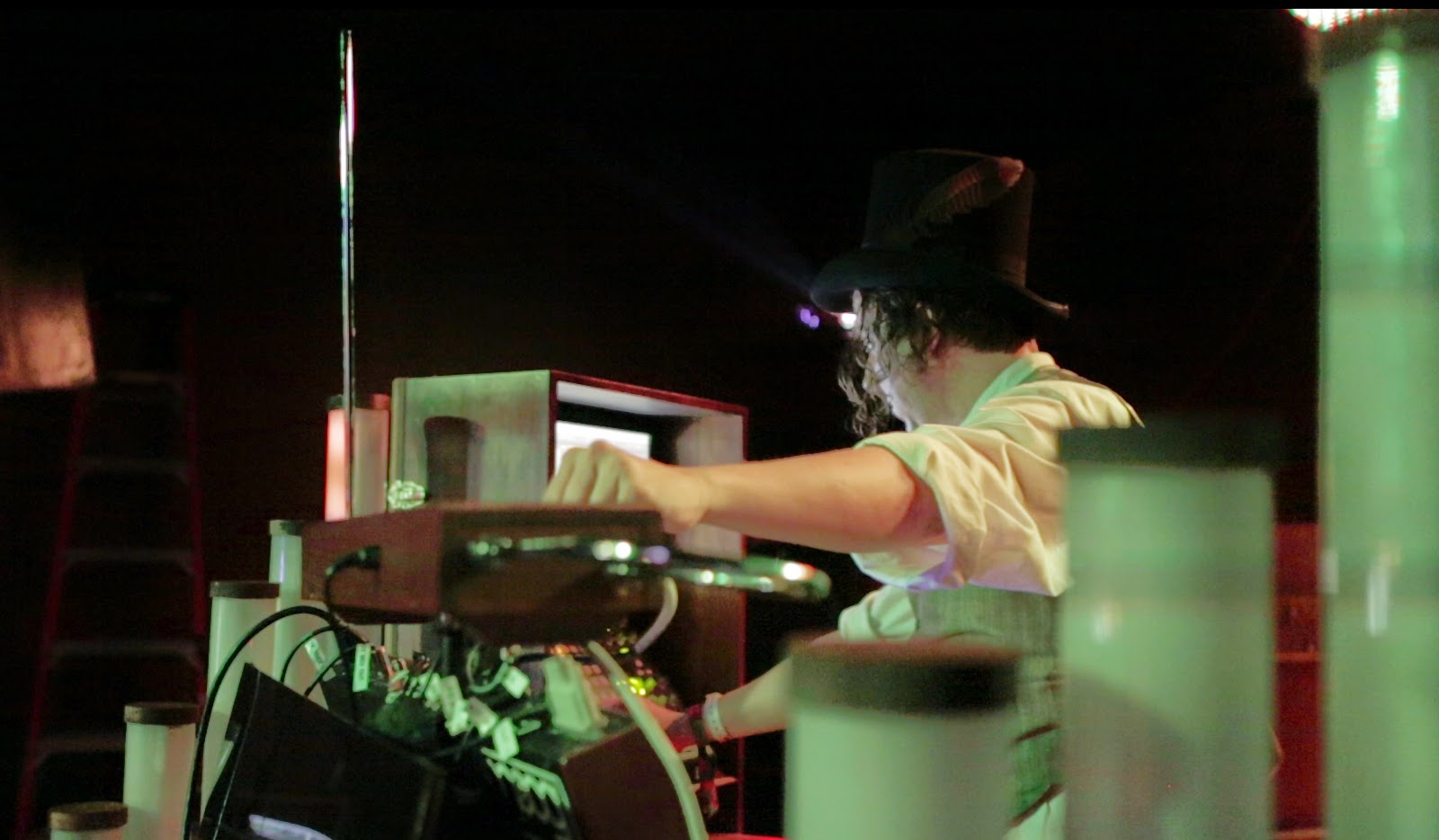 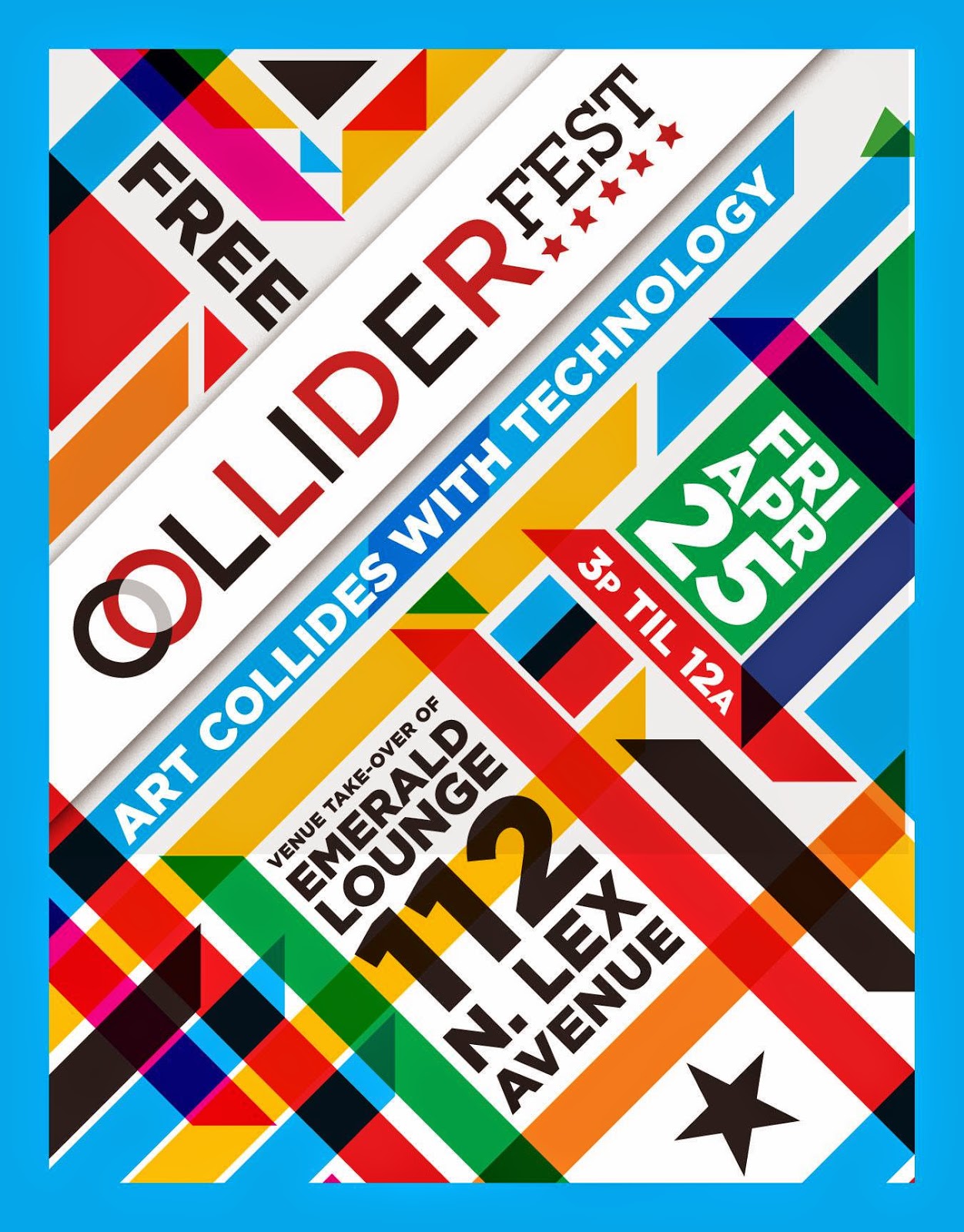